Governing recently ran an opinion piece by a veteran of past economic crisis in California called An Economic Dunkirk Plan for Saving State Economies. I liked the metaphor and so I read the article.

Here's a quote I got stuck on (and note that he's talking about state governments):

"The main thing to understand about economic stimulus of any kind is that it basically just involves borrowing money from the future, when you hopefully won't need it as much because things will be better, and spending it today, when you do need it."

He's right, that's exactly what borrowing for economic stimulus at the state level is all about. States can't print their own money (if you believe in that kind of thing) and thus there are real fiscal constraints on the amount of debt and liabilities they can assume.

This guy was an advisor to the state of California. What I found hard to get past was any acknowledgement of just how constrained California is right now because of decades of exactly this kind of thinking. If California, or more other states, wanted to follow this strategy and really show up for their economy, they will be severely limited because they already have a balance sheet overwhelmed with debt and liabilities.

What he has put forth is the justification for all economic stimulus. We've always been able to make the case that future people will be better off if we can just spend money today, that we badly need that stimulus right now. We've always made the case that sacrifice now is too difficult, that the pain would be too great for us to save instead of spend.

We said it when the economy was crashing and we said it with equal vigor when it was booming. As humans, we seem wired to tell ourselves these things. It's one of the reasons you soberly establish systems with firm constraints -- it keeps you from blowing yourself up. As I said in chapter 5 of my book, the entire Suburban Experiment has been about removing constraints.

California was in deep crisis before coronavirus. They had a housing crisis, a homeless crisis, a pension crisis, a budget floated on tech money and debt, and massive infrastructure maintenance liabilities overdue on a system with extremely low financial productivity. I would make the argument that all of this is a direct result of their capacity to do economic stimulus over the past decades. They freely borrowed from the future based on an overly-optimistic vision of the prosperity that solving today's urgent problems would bring.

The reality is that less borrowing in the past would have put us today in a much better position to respond as the author now suggests. Now we really do need that spending and our options are limited. Reminds me of what Tomas Sedlacek said: It's not austerity yes or no, but when.

Those of you who believe in the power of the federal government to rescue us with Modern Monetary Theory (and are willing to overlook how such thinking got us to this level of fragility), I guess time will tell if you're right.

In the meantime, I'll note that the evacuation of Dunkirk was a triumph of a large number of small bets after the abject failure of a small number of huge bets. To me, Dunkirk is all Strong Towns thinking. (And I highly recommend the movie.) 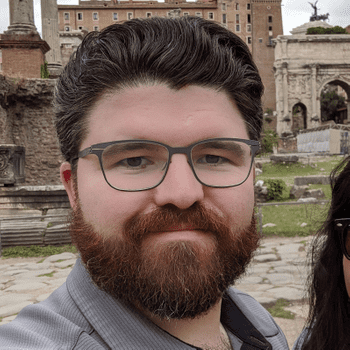 I think using the metaphor of Dunkirk provides a interesting glimpse into the author's thoughts. To do something so risky in the pursuit of living to fight another day would imply to me that the status quo is worth risking everything to save.

It is certainly possible this is being suggested with pure intentions, but I suspect those who benefit most from the current system stand to lose less or gain much more than those with real skin in the game.

The current and future citizens of California may be more interested in living to live another day, even if that looked different than the days before. 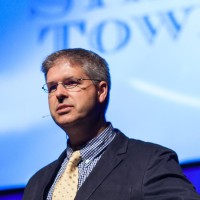 That's a great insight. Totally agree with you.