The city of Seattle was one of the first in the US to make the switch to LED street lighting.  This was huge from an efficiency perspective - the LED lights are 30% more efficient than the high-pressure sodium lights they replaced.

However, there was an unintended consequence: residents began to complain about the harsh blue-white light - and lots of research shows that the blue component to white light is especially disruptive to your natural sleep cycle.  The city has since switched to "warmer" lights on new installations, but the existing ones will stay put until they burn out.

Rather than wait the 20 years or so the LEDs are expected to last, some Seattleites took matters into their own hands, using a ladder, an extension pole, a spray can attachment, and a can of clear, amber-colored stained glass paint.

The result: a softer yellow-white light with a reduced blue content that still appears as bright as the original, and is hopefully less disruptive to the circadian rhythms of that block's inhabitants.

Liked by Jacob Moses and 2 others 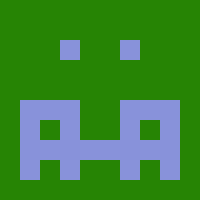 Holding long poles near electrified wires can be harmful to one's health.  Do take care if you choose to do this.