I'm a city councillor and when I approach certains ideas such as stopping peripheral growth in order to concentrate on development in areas that are already built, I often receive the answer that this will cause unwanted inflation of the cost of remaining land that's not yet built. In return, this is seen as rising the cost of life in a municipality whose average household income is below the province's average.

What would be some key elements to bring forward to answer this preoccupation about inflation? 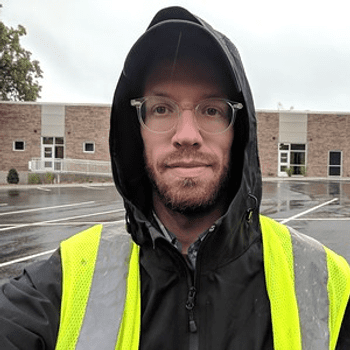 Peripheral growth is the cheapest for developers -- but the most expensive for your city. If you are expanding your city's footprint without significantly expanding your city's capacity to maintain and replace that infrastructure, it's not a good investment. Jobs are simply not enough. You need residents, too. If your goal is to protect the city's financial assets, it is important for you to be prudent and think of the long-term. It is crucial to encourage development where your city already has infrastructure, and where taxes are better supporting the maintenance of that infrastructure. Definitely consider some of the "value per acre" discussion between Strong Towns and Joe Minicozzi of Urban3.

John, I would ask for the person making the inflation statement to explain their position.  That position is not a given matter of fact.  The statement is based on some unspoken belief. If the belief is identified, you may be able to address it with facts and appropriate conversation.  Furthermore, in my experience the word more commonly used referring to increase in land cost is appreciation (although this may be colloquial) not inflation.  My bias is that using inflation in the context of this conversation is the language of someone that may not have a depth of knowledge in real estate development, taxation, finance, etc. Consider this when determining the merit of the argument from the source.

Thanks, indeed there's a distinction to be made between the two terms.

Bret, any thoughts on the argument some people could make that although the value of land increases, this could also encourage businesses and home buyers to look at moving in a neighboring municipality instead to be able to buy where land is cheaper? Thanks,

Yes...that is touching on the essential tenets of Strong Towns. The thickening up of your town is increasing the value of the land, increasing the fiscal viability/resiliency through using existing infrastructure, adding to the tax roles with less or no added expense to maintain town infrastructure duties, enriching the fabric of your town without spreading it out so that less people every get to experience whatever is great about the new development (if you had put it on the periphery),  etc... all of the things Chuck discusses in the Strong Towns book and the Strong Towns 101 lectures. #RememberTacoJohns

This is going to require people to think in new ways.  Every expert or person that has been involved in development or town government is going to be bringing a mindset and belief based on their experience.  In the US this is because of something called Euclidian zoning (because of an Ohio city name, not because of the mathematician) and all the lessons learned from years of experience having to deal with that planning/zoning regime.  Every profession and business related to land acquisition, development, and construction (engineers, bankers, insurance companies, planners, lawyers, realtors, builders, government, etc) has its baggage and presumption about the money math and what it takes to make something work in the free market.  And because Euclidian zoning is the only system they may have ever known, they are not aware that they are in it.  It is like how a fish doesn't know that it is in water.  All it knows is water.  The fish doesn't know that life exists outside of water too.  We know that life exists in many places; we live on land and breath air and we know about life in water because we figured out how to hold our breath and look at life underwater.  The analog to air in this example is form based code (it doesn't even use the word zoning although it is the alternative to classical North American zoning).  This is a little long-winded but the reason they think it won't work is because of their belief that Euclidian zoning is the only option (and probably what is in place in your town).  You can thank me later if this leads you down a form based code rabbit hole.

The point is that not adding development peripherally (the position you support) and maintaining housing and commercial costs are not mutually exclusive IF YOU CHECK YOUR [planning] BAGGAGE AT THE DOOR.  This means being aware that we are trained to think in a more or less 100 year old experimental zoning manner and that it is not some universal or natural or god made truth.  If you build in the existing town area and forget that you are required to stick to strict rules about what can go where and let yourself have some creativity with it, you can end up with housing or commercial space that is novel in its approach and not expesnive and yet it can be located or co-located on land that is already somehow previously developed. The result is that the same overall parcel will have increased in value (what your dissenters fear) but the amount of use has increased which can result in the per person (or per family) cost being the same (or maybe even lower). For example, imagine a city block in your town.  Right now it has a building on it that has one occupant (residential or commercial, doesn't matter for the example).  It is zoned for the use and intesity that is exactly how the current occupant is using it.  If I am stuck in the mindset (and legality) of classical zoning, I can't much improve on the site because it already is being used to its "highest and best use". However, if I am allowed to be creative and make incremental changes or improvements to the parcel, the structure, or how it is used and divided, I can get more uses out of the same piece of dirt/building. The incremental cost to make the changes which could allow me to add just one more residential or commercial user is not going to be double the cost of the current parcel and structure.  So when I divide the new cost among now TWO users (instead of one), the dividend is lower than before when there was only one user even though the cost or gross value of the parcel has incrementally increased.  The result is that the taxable value of the city block has increased (meaning more tax money to the town without raising tax rates) and yet the cost per user of the city block is now lower.  This is a quick and crude example but it illustrates that developing internally can actually lower costs of housing or commercial while increasing the value of the property and your town. It only seems paradoxical because we get stuck on thinking that already we are using the property in a way that best delivers quality of life and efficient financial use. It is completely made up based on the zoning scheme.  It is all made up. #TheMatrix :)

Thanks very much Brett. Have a good one,

Mixed-use and Mixed-generations
What can an entreprenuer (or any individual) do today to actively offset the forces of globalization that have torn apart local communities?
Free tools to help do a DIY U3 analysis for Annapolis.
Most recent Upzoned podcast episode - "Small Towns are Dying, Can They Be Saved?"
The Curb-Cut Effect
is anyone familiar with Impact Dashboard Software used by Economic Development Departments?