Welcome to the Strong Towns Community!

Happy to introduce another great crew who joined the Strong Towns Community this past week. We'd love to learn more about you: in the comments below, consider introducing yourself and share what got you into Strong Towns.

Liked by Karl Fundenberger and 3 others 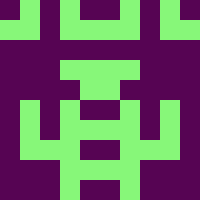 I am from a Massachusetts town of 20,000 on a rocky peninsula north of Boston. I am a Board Member in Sustainable Marblehead working for environmentally sound practices in a robust democracy. We have pure town meeting government - once a year in spring when we vote on budget, zoning, and other initiatives. Also In Massachusetts Boards of Health are powerful but rarely use their power fully. We have a Municipal Light Dept with elected Commissioners so can be influential. We have neighborhood associations which are usually loose connections of neighbors who celebrate 4th of July and share a little bit of seafront property.

Hi Lynn, thanks so much for joining the Strong Towns Community! I'm excited to learn more about your work and how you think Strong Towns principles can make your community stronger. As ideas and struggles arise, consider sharing them here—we have a great crew who'd love to share their insights with you. 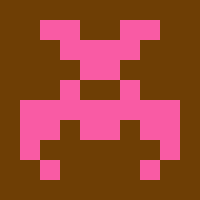 I'm a recent University of Arizona urban planning grad working in real estate development on a few mixed use projects in the Southwest. I've always been into physical design, but I took particular note of it when I worked on ships as an early career; walkability matters when its the only way you experience every city you visit. Ask me about cities along the Columbian River or the American side of the Great Lakes, I've been to a good number and probably have memories and opinions of a good portion :)

I got into strong towns largely because of an APA conference where a presenter shared their work mapping out Lafayette's tax ROI by parcel. From what I can tell I'm not the only one who was brought into the fold thanks to that work.

Kyle, what's going down? Thanks so much for joining the Strong Towns Community (and already contributing to the conversation!). Totally know the presentation you're talking about. We've written more about it here: https://www.strongtowns.org/journal/2017/1/9/the-real-reason-your-city-has-no-money 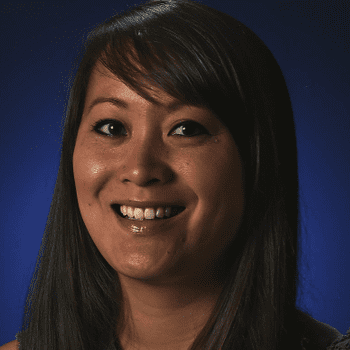 I'm from Quincy, IL right in the heart of the midwest. It's a town of a little over 40,000, but serves about 250,000 in a 50 mile radius. I was a former IL Main Street executive director in Batavia, IL and am now working for the economic development organization in Quincy serving on a few different committees and boards where I feel I can contribute to the community. Thanks for having this great learning and sharing platform!

Hi Joi, thanks so much for joining the Strong Towns Community! You may enjoy following the conversations happening in the Economic Development section, in particular: https://community.strongtowns.org/topic/economic-development. As ideas and struggles arise from your work, consider sharing them with the Strong Towns Community—we'd all love to help!

I'm coming at this from a slightly different angle.  I currently live near Austin, TX and am working on a startup called Fairground to bring the positive effects of land-value taxation to the market, but without political means.  We're hoping to launch our first 100 acre prototype in Nevada City, CA later this year.  Details on the Fairground economic framework are in the white paper: https://www.onfairground.com/whitepaper .   Fairground makes the perfect foundation for any Strong Town by economically incentivizing things like smart growth, density, and walkability.  I've been a regular reader of the Strong Towns blog and looking forward to connecting and learning from this great community!

Hey Casey, cool project. Have you considered pitching a story for the Strong Towns site about land-value taxation? If you're interested, consider pitching a story through the following link: https://www.strongtowns.org/pitch. I know my colleague @John Pattison would love to review it.

That would be awesome!  Are you looking for project details you can write about or a finished article?  Either way, I would love to submit something!  Let me know.  Thanks!

We prefer finished articles. However, if you'd prefer to share a general idea with the content team before you start writing, you're more than welcome to share it through the link above, as well.

Sounds great!  I'll get something started.  Thanks!

Hello everyone!
Since I was a kid I've had a weird interest in community development. Usually this would manifest itself though pencil and paper. But occasionally I would build 3D models out of whatever objects I had at hand. As an adult I've served as a community development director for a couple of organizations and have volunteered in a number of other community based groups.

I'd like to think that I'm open to most solutions if they can provide the best results, rather than being bound to any prepackaged philosophy and or ideology.

What keeps me critical is whenever I suspect that an idea is based on ignorant elitism; mainly when it negatively affects the lives of real people. In particular, I suspect the actions of those I refer to as "Blue-Percenters." These are people who feel that their level of social awareness entitles them to despise those who are less fortunate then themselves. However, I’m also less tolerant of certain attitudes that can hold people back, including some of those attitudes I struggle with in my own life.

What keeps me positive towards community development is the promise of a better tomorrow. One vehicle is through vertical development, both above and below. While such development may not suit everybody at every stage in their life, it does meet an economic need for affordable housing so desperately needed in urban areas. It also allows for concentration of resources and services. Such development encourages the conservation of open space, both for ecological reasons and for the preservation of our agricultural resources. If vertical development focuses in on less desirable grey fields and rural areas, it might find less resistance due to NIMBYism.

Coming from a lower economic social stratum growing up, the future represented freedom from the despair of poverty. Even though I minored in History; along with English and Political Science; and have a fascination with the context of history; the past was experienced as secondhand decay in my youth. The thrift store was not a quirky antique establishment for hipsters. This probably puts me at odds with many who idolize the past and see the present and future as profane.

From what I’ve seen; both in the Strong Towns community and out; a single complete blueprint has not been found to improve our communities. There is a slurry of suggestions from different perspectives; often countering and condemning each other. Many times have I’ve seen my ideas or personal preferences preached against here. But ultimately what brings us together is knowing that things can be better, even if it’s to take one stumbling step at a time.

3-2-2020 Reply post to Jacob Moses Response.
Hi Jacob,
Thanks for the reply.
To be honest, I do believe in a more top-down approach when it comes to community development. What I share in common with the Strong Towns  approach is the idea that communities are organisms of their own, and evolve into their own identities. What communities need however, is a kind of geometric design; preferably fractal; in its "DNA"  that helps it grow or recede without disruption to its citizenry. Without it, important functions of a city clash and impede each other or lead to indistinguishable and  dispensable sprawl meshed into other communities. Inevitably, this causes outdated voids in a city and like in a biological model, such voids become a cancer.

Hey Wayne, thanks so much for the thoughtful introduction. As you've observed, Strong Towns hesitates to prescribe a single, complete blueprint to create financially resilient places. Over the years, as we've conversed with thousands of advocates across North America, we've learned that each community has its own unique struggles that top-down solutions cannot address. That's why we advocate for a bottom-up revolution, where citizens and elected officials alike use their unique experiences, skill sets, and experiences to address issues in their community. However, we do have a guide to public investment that has worked in many communities where it's been adopted. It goes like this:

You can read more about it here: https://www.strongtowns.org/journal/2019/9/23/the-strong-towns-approach-to-public-investment-satbook. Thanks, Wayne, and look forward to learning more about you and your community!

Hi Jacob,
Thanks for the reply.
To be honest, I do believe in a more top-down approach when it comes to community development. What I share in common with the Strong Towns  approach is the idea that communities are organisms of their own, and evolve into their own identities. What communities need however, is a kind of geometric design; preferably fractal; in its "DNA"  that helps it grow or recede without disruption to its citizenry. Without it, important functions of a city clash and impede each other or lead to indistinguishable and  dispensable sprawl meshed into other communities. Inevitably, this causes outdated voids in a city and like in a biological model, such voids become a cancer.