Would a "waze for cycling" be beneficial to communities?

I work for a local municipality and walk/bike around my neighborhood. Through both I have seen a lack of route condition available to people walking/biking - e.g. a route near my house floods after rain storms but I have no way of knowing until I get there. And cities also lack a good way to get trail condition information - fallen tree limbs, flooding/mud, etc. So I started brainstorming a "waze for cycling" app that could help narrow the gaps in this information sharing to make walking and biking easier. As a long-time reader and supporter of Strong Towns, I would love to get feedback from the Strong Towns community - would it be beneficial or is it unnecessary? Are you using another app that solves this problem? What information are you missing or communications gaps are there that would make it easier to be active walking or biking?

I have more information on my website www.tandemtripapp.com (which also has a survey and link to Facebook) - I'd love people's comments and thoughts on the project. It's just at the start for now exploring needs and interest but may move into development if interest/demand is there.

The goal of the project is as follows:

"Safety, convenience, and reliability are primary concerns for cyclists whether commuting or riding recreationally. Through the development of an app-based online community, crowdsourced reports of obstacles on trails and other bike facilities can warn users of route conditions in real time. This includes report warnings like facility closures, flooding, potholes, construction, etc.

Liked by Charles Marohn and 13 others 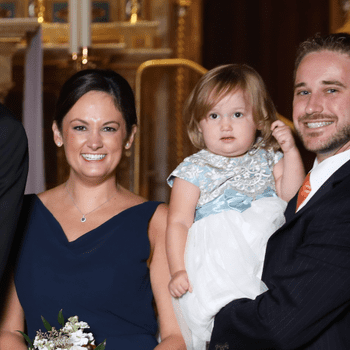 Absolutely! I know my city has worked on a lot of new wayfinding signs, but I think more and more people are becoming used to apps and software to really tell them how and where to get somewhere in real time.  My city is also grappling with water runoff issues that really become an issue for bikes even a day after we get rainfall, so it would be nice to have an app that shows potential detours/better routes.

I use a few apps for my biking and running, but its really just to record my journey. Using an 'add-on' to report bike lane closures or sidewalk obstructions would be something I'd be willing to use, and I'm sure a lot of bikers/walkers would as well. 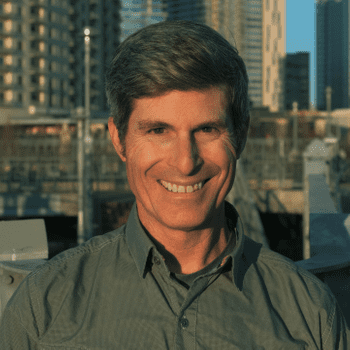 Love the concept! Been thinking about something like this for several years.

Also, would love to see a system (an app, if you will) be able to provide nuanced way finding to include more desirable or comfortable routes versus just the quickest or most direct route.

Such as navigating someone to a quiet residential slow street rather than the typical bike lane along the STROAD or otherwise busier, less comfortable street.

Let me know I can help support your efforts. 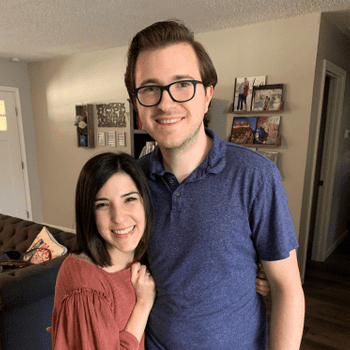 Yes! Wayfinding has been an aspect on my mind - I was doing a bike audit with some folks and there was this disconnect of people who said there are so many destinations along this route and people who said there wasn't anything. It all came down to the fact that some people just didn't know there was a coffee shop/bar/etc. just a block off the main street. Wayfinding is definitely lacking as physical signs in cities so it would be nice if an app could serve that purpose.

Also agree on the navigation oriented to slower/lower volume streets. I too get directed along sidewalks on a major arterial that I know well enough to avoid.

I'd love to chat more if you have time and and hear more on what you've been thinking and bounce some of my ideas off you. (I see your videos and podcast on social media - it's great all the places you've been and seen across the country)

Cool! Sure anytime... btw you get a kick out of my latest podcast featuring Amanda Popken from up your way. https://www.activetowns.org/2020/05/04/inspiring-vibrancy/ 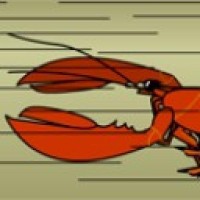 I think the main feature of Waze that gets people to sign up for it is the automatic, crowd-sourced traffic incident detection and routing abilities, and I don't think that applies to cycling.

It is able to do this automatically by monitoring the speeds of the people using the app, comparing their speeds to historical speeds, and in doing so can deduce an incident has taken place and can suggest alternative routes. It's convenient, and requires little to no involvement from the users.

With cyclists, that data is not automatically available. Unlike interstate highways, cyclists travel at significantly different speeds. Unlike the highways, stopping to the side is not considered dangerous and discouraged. Similarly, riding past someone stopped on the side of the trail, event without slowing down, isn't dangerous either. It's also pretty rare there is any sort of crash or other incident that would make cyclists passing by choose an alternative route.

Now, there are a variety of features that could be provided by a mobile application for cyclists, such as reporting of route closures, provided by users. But, if all the data has to be manually provided for it to work, I don't think you could call it "Waze of Cycling"

Agreed, traffic incident and congestion data from Waze is not applicable to cycling. But that focus is also one of the downfalls of navigation apps for cyclists. It lacks useful data for cyclists to decide their routes - flooding, cars parked in the bike lane, debris on the trail, etc - which have the ability to be crowd-sourced. 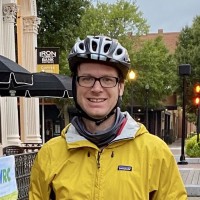 I’m not sure if TandemTrip is exactly what I’d need, but it looks like it has a lot of potential. For a long time, I’ve wanted a reliable product for finding bike commute routes, and most maps/GPS apps can’t give reliable bike directions. Google Maps has a special bicycle mode, but it’s sent me on crazy routes that were clearly dangerous for a bicycle.

There are a couple of issues that I’ve noticed that don’t seem to be solved:

These have more to do with infrastructure than with day-to-day events. I’ve considered making my own "cycle-friendly" maps of my neighborhood with written notes on what to watch out for. Sometimes a low-tech solution works the best. (If there are any products that meet this need which I haven’t seen yet, please let me know!)

As far as a “Waze of cycling” goes, I would love to see something that has more useful traffic forecasts. There are a lot of streets in my city that I don’t want to ever ride on, except for on weekends or times of the day where traffic is minimal. Note that “low” traffic for a cyclist is much lower than “low” traffic for a driver. Having an up-to-date report on that would be very helpful.

Good luck with TandemTrip. I’ll keep an eye on it! 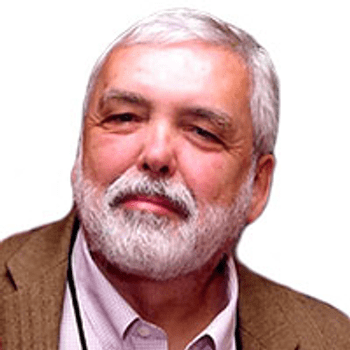 Rodney Rutherford is a member of Strong Towns and may be of great assistance. "Rodney has worked at Google Kirkland as a systems engineer since 2007."

Bike sales have surged during the pandemic, and it would be great if "Waze" included a social/game aspect that would continue to appeal to a variety of age segments after the pandemic.  Possibly, Waze could include a way to recognize participants for identifying incremental improvements to routes.  I am sure bike-ped coordinators would welcome the assistance. 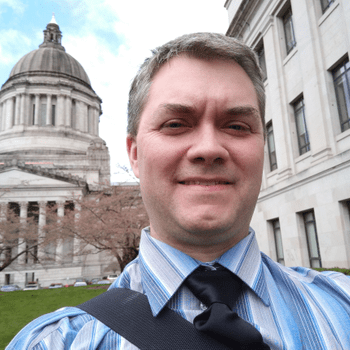 Wow, I have so many responses to this, I don't know where to begin. I'll start with SeeClickFix. City of Seattle deployed SeeClickFix around 2008, followed by several other cities in the area. I asked my own town of Kirkland (across the lake from Seattle) to consider joining, but then last year they deployed their own "OurKirkland app, covering a broader scope of city services.

Last month, Strong Towns hosted a podcast about plantogether.city, another tool for crowdsourcing geo-feedback, but more oriented toward mapping strengths and opportunities in our cities.

As @Gordon Hansen, AICP mentioned, I do work at Google. They introduced bike directions about 10 years ago, and my own personal user experience with it leads me to believe that it might already adapt the directions based on the observed behavior of the person when on bike or on foot...but I don't really know. I think that there's some Waze development in Seattle, too, as I've heard about local engineers working on its carpool features.

On a tangentially-related note, I'm in a local advocacy training series organized by Cascade Bike Club, and one of my cohort peers mentioned an interest in getting the presence of 'greenways' better established into Google's routing directions (both for people on foot and bike to use more, as well as for drivers to use less), so I might be helping them look into that possibility. I'd be happy to collect a prioritized 'wish list' of Strong Towns ideas that would be useful and see if I can track down people internally who could consider taking them on. 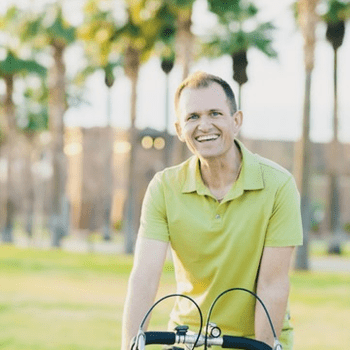 I have routes that I ride in good weather that are less car-dominated, but choose the major streets during winter weather because they’re usually clearer pavement. Being guided based on other’s experience would be valuable. I’ve also left my bike at home because of hyper-local conditions but would have been fine for destination conditions, so guidance about destination area would be helpful.

I think a hybrid of Waze-for-bikes & Strava-for-commuters could be very useful, especially when combined with weather data at a hyper-local scale. 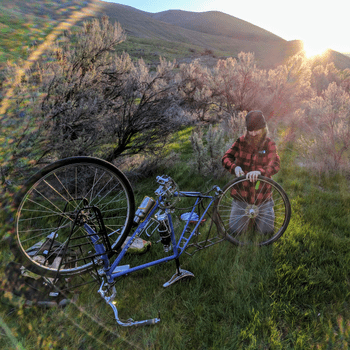 late to the discussion and I don't have much to add except that one of the things I love about biking is getting away from the electronics that seem so ubiquitous in the rest of my life. I won't claim to speak for anybody else and I certainly don't want to suggest that a project like you describe doesn't have merit. just not something I am likely to personally find valuable. 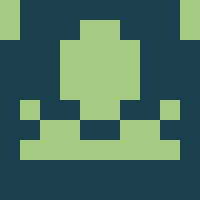 Simon A. Andrew
6 months ago

I am not sure if you have heard of this app:

The article says that "The app aims to be “like Waze for cycling,” the Riverfront Times reports. Waze is a real-time navigation app that relies on its users to provide it with data. The bike-centered LaneSpotter promises to help users find bike lanes and trails nearby, filter maps based on road preference and use input to create ratings."

Something recent to add:

Was collected using an app: https://daynamica.com/ 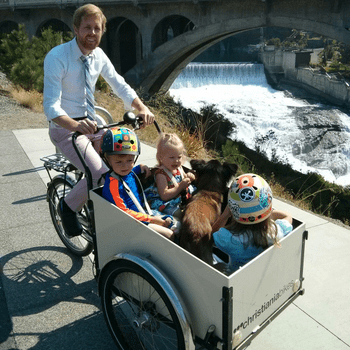 Are you familiar with Ride Report? Its original scope was very similar to what you propose, although it looks like they've shifted to focus more on micromobility and fleet management. 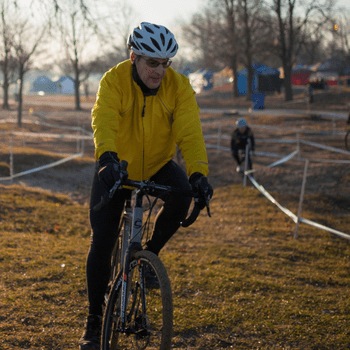 I am a regular commuter in Chicago and have used a number of tools for bike navigation.   For me, personally, an effective, practical real time app for navigation has been elusive.  There have been some useful crowdsourcing applications for ongoing or recurring problem areas (Bike Lane Uprising, for example and the BikeChi twitter feed).   Frankly, my favorite bike app is the panier app - put the phone in the panier and enjoy the ride! 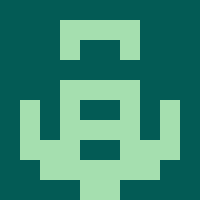 It’s not an app but cool bike related stuff. http://www.spiderbikemaps.com/