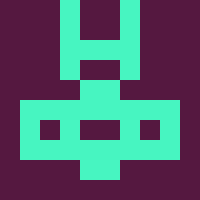 Do you have questions for Antonio Louvet?

Log in to ask Antonio Louvet questions publicly or anonymously.

This is very long but I've thought about it for quite a while and want to get feedback on my thoughts. Vindication, pushback, whatever comes to mind would be great.

The popular, common mixed use apartment complex is often inflexible, poorly executed and isn't built for the needs of the community. Where it makes sense, you should be able to fix a lot of these issues by just taking normal units in an existing complex, making them more flexible in use and allowing in contract for a unit to be used for housing, business or both.

I live in a large complex in the south east side of Austin. Lots of buildings, none over 2 floors high. There are 400+ units, a bunch of little enclaves and courtyards, back alleys and older modes of dealing with rainwater and flooding since it is an older complex. It is built for human scale in that I could walk around to every apartment in a very short time and it's kind of pleasant to do so (not at all ADA accessible, though).

Outside of the complex, however, it is the exact opposite. This part of the east side is not walkable at all, which probably explains why east Austin's rapid gentrification has taken its time getting here. It sucks to walk to the nearest bus stop, it an absolute chore to walk to the next major road which is horribly unfriendly to pedestrians and don't get me started on biking. Which got me thinking: if just 5% of these units were customer facing businesses, there is some unintentionally built infrastructure that could make this a functioning Strong neighborhood all by itself.

The buildings and units have a wide variety to them. There are anywhere from four to ten units to a building, some have personal patios, some have a front and back door, and there are varying unit sizes for one, two, and three bedroom apartments. If a select number of buildings in key locations were renovated to accommodate food regulations, maybe five or six buildings total, tenants living in the larger units could run small scale restaurants out of them with outside seating in the courtyard.

Imagine a corner store in an apartment complex that is more than a gas station with snacks and ICEEs. Barbershops, tailors, CPAs and the like would be wonderful to be just a short walk away for lower income families. Or a coffee shop you stop by on your way to your car before work. Before signing, tenants could mention they already meet all the requirements for their business to be run from their unit and want some specific renovations done, then pay an upfront cost to have those renovations done before move in day.

If the businesses had employees, there could be incentives the complex gave to hiring from within the complex. The complex could probably find a way to profit from the success of a business as well in a more dollars and cents way, I just don't know enough about stuff like that to know how. They could also offer longer leases for mixed use units, an incentive to run your business out of your housing unit as opposed to taking up two units.

If just twenty customer facing businesses were up in my complex, I feel like people would more likely work, eat and spend time within walking distance from where they live in a space built to human scale. This would take a lot of trial and error to work out proper policies on the lease agreements and renovations, but it should cost a fraction of what it would normally cost in Austin to build a 400+ unit complex with business units and it would quickly become a very attractive place to live.

Assume you owned and managed my apartment complex. What am I missing? Am I wrong in thinking this could be worked into a good idea that works financially?