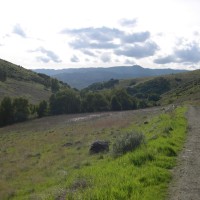 Do you have questions for Jody McRoberts?

Log in to ask Jody McRoberts questions publicly or anonymously.

I live in California, and I have a question regarding Proposition 15, which is on our ballot on the November 3 election. This proposition would alter the well-known Proposition 13, which was passed 1978. I used to think that Proposition 13 was a good thing. But then I read this article from Strong Towns: https://www.strongtowns.org/journal/2018/7/20/mapping-the-effects-of-californias-prop-13. Now I am questioning whether or not it was good for California because such a drastic freeze on taxes greatly decreased the inflow of funds into the State of California's budget. Also, it caused  new homeowners to bear the brunt of property taxes.

Regarding Proposition 15, it would alter what Proposition 13 put into place and allow commercial and industrial lands to be taxed based on their current sale value, and not the original purchase price. Generally, I don't vote for new taxes, but I'm wondering if this might actually be a good thing. I don't necessarily agree with how the State of California uses its funds, but I'm opening to actually voting yes for this proposition. Do any of you have any thoughts on this? Thanks!

I live in Morgan Hill, California, just south of San Jose.  Around 1979, the residents of the city voted in favor of a growth control measure, which established the Residential Development Control System (RDCS).  It limited the number of new homes that could be built each year.  So as one drives south out of San Jose into Morgan Hill, there is definitely a contrast in the scale of development, both residential and commercial.

The RDCS was updated every several years, with the last update putting a plan in place until 2035.  However, as of January 1, 2020, a new law, The Housing Crisis Act of 2019, invalidates the RDCS for 5 years.  So now, the city does not have the right to deny developers the freedom to build new homes.

I am actually writing this post not about residential development, but about commercial/industrial development.  I shared about the RDCS so that readers would understand the cultural dynamics of Morgan Hill.  A Morgan Hill group is circulating an initiative petition.  Here is a quote from an article in the Morgan Hill Times (https://morganhilltimes.com/initiative-would-ban-fulfillment-centers-from-morgan-hill/): "Proponents have begun collecting signatures for an initiative that would prohibit new fulfillment and modern-day distribution centers in the city limits of Morgan Hill, and require more intensive regulatory review of all large-scale development proposals. . . . . 'The purpose of this ordinance is to preserve the small-town feel and family-friendly character of Morgan Hill, to protect the health and safety of its residents, and to support the viability of local businesses by enacting legislation that will enable our city to remain distinctive in the midst of the rapidly changing logistics and distribution industry,' says the notice of intent to circulate the petition."

My question is: If this initiative passes, would it be too restrictive?  Would it be better to allow business to develop as it develops?  Through Strong Towns, I have learned that it's best to grow incrementally up and incrementally out, so maybe in general, big projects like this aren't good.  But I'm not sure that adding more restrictions to development is a good idea.  I would really appreciate feedback on this.  Thank you for taking the time to read this post!  :)